Well, last thing I am is techy, so I figured why not ask in here cause I'm sure most are better than me.


Goal: to be able to give an ipad to an older neighbor to order pea-pod (food delivery service) This neighbor lives across the street and my wifi doesn't go that far and she's not mobile.

I don't think they have internet, and I didn't really want to cost them more money but don't want to cost myself more money either. I was looking into the wifi extenders but with our apple we already have an extender with the Airport still our network can't be accessed across the street. Then I thought hotspot, which I can do with my phone but we don't use our phone's for internet so I only have a monthly plan of 1G, not sure if that will in turn cost me money. Anybody have any other thoughts or ideas?

Jeannie might know. I don't have a clue about it I'm afraid. GAD would know but don't think he comes here too often these days, you could try PMing him.

I had an extender in my house and it really messed with my wifi. Some times it would work sometimes not. I thought I didn't have something right so I had a computer tech come out and look at my setup. He said extenders are not good. He suggested (and I got) a different router that could send the signal further. All my network problems are gone and this router reaches almost all the way to the kennel. If the kennel didn't have medal siding it would reach. This guy is the computer tech for the city (Greenville) He said he has a router there that will reach from the city building to the post office. I would guess that is about a block.

We have Verizon. You can get a hot spot for about $50 a month. But if you have Verizon and your contract is up a phone would only be $20 a month. After out contract expired our phones were $20 each with 1 gig of data. We added my mother in law and it was only $20 more even though her phone was new. She bought it and paid for it.

Would probably take multiple extenders to get across a street, not a great Idea. Extenders are fussy, even as a techy I had to call Linksys and work through some of the more arcane settings to get mine to work right, even though there are no other wifi hubs in range of my house. There are some Wifi antenna boosters but I am not sure what kind of range they have.

Well, I gave it a try, using my phone as a hot spot. It was very slow and hard to explain to the older folks I'm trying to help out. They looked at me like I had 3 heads. I'm not gonna give up that easily so I'm gonna keep trying, cause I know the day will come that it could be a lifeline for them.

Why not go more old school? Invite them to your house to make their order? Our Neighbor who also lives across the street is having us pick up her mail while she is out of town. I wondered why she didn't just stop it at the post office but I think she likes to trade favors and keep in contact with us.

If she was mobile, we’d be sitting on the deck

Staff member
Just saw this. WiFi in it's consumer form is not the best solution for this. What you really want if using WiFi is a directional antenna (called a Yagi, generally, or sometimes a Helix nut that's usually for a different use-case) but that's a bit complex to set up and deal with and probably outside of the realm of possibility. "Normal" Wifi expands in the shape of a donut around the antennas and it spreads equally in all directions along the horizontal plane (assuming the antennas are vertical). A Yagi antenna directs the signal out in a specific direction and they are sometimes used for connecting WiFi between two buildings across a street in cities, though today that's often done with lasers and microwaves depending on if people and animals are in the way because they can get cooked, which is also probably not what you're after.

BTW this is a Yagi antenna, and yes it looks like a Swordfish: 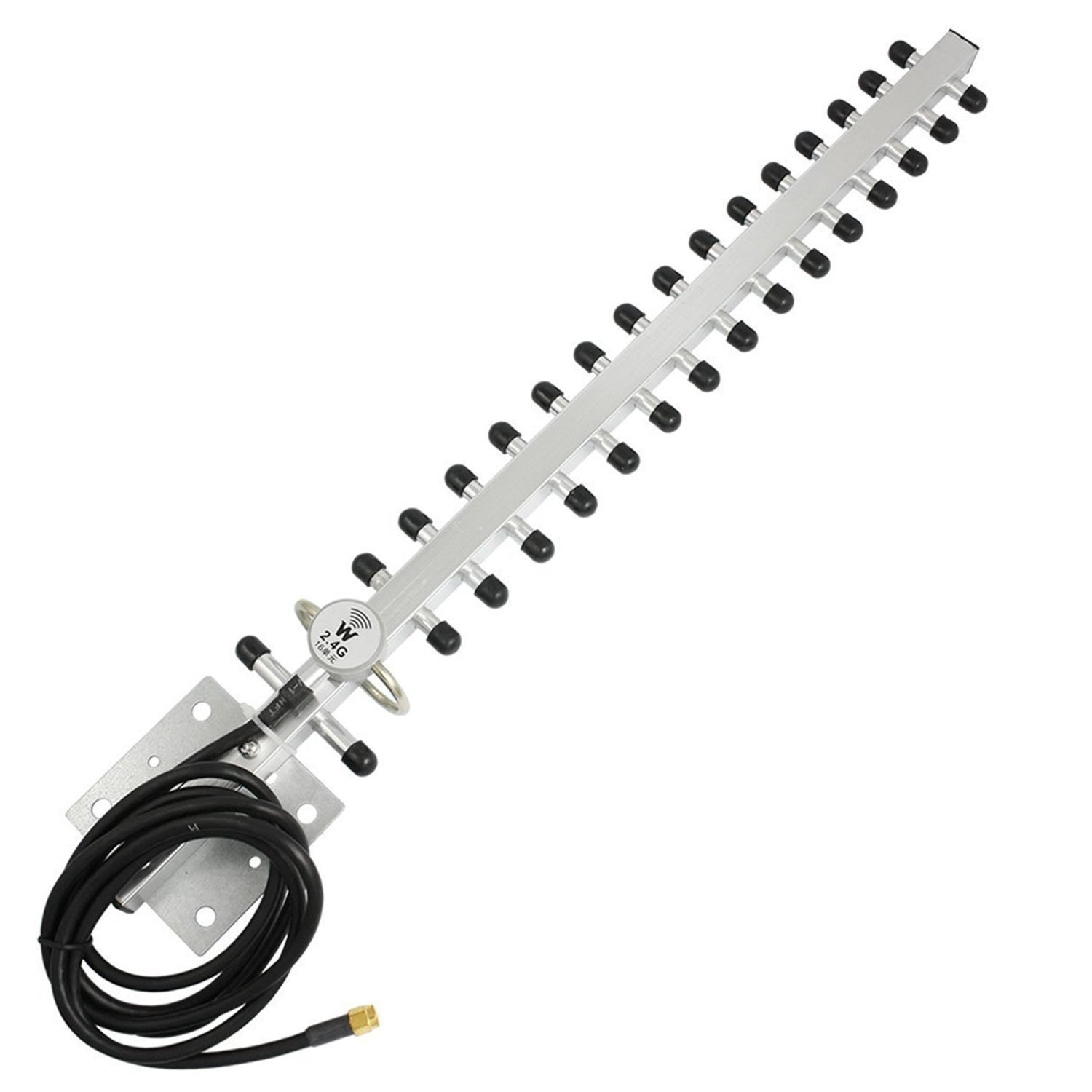 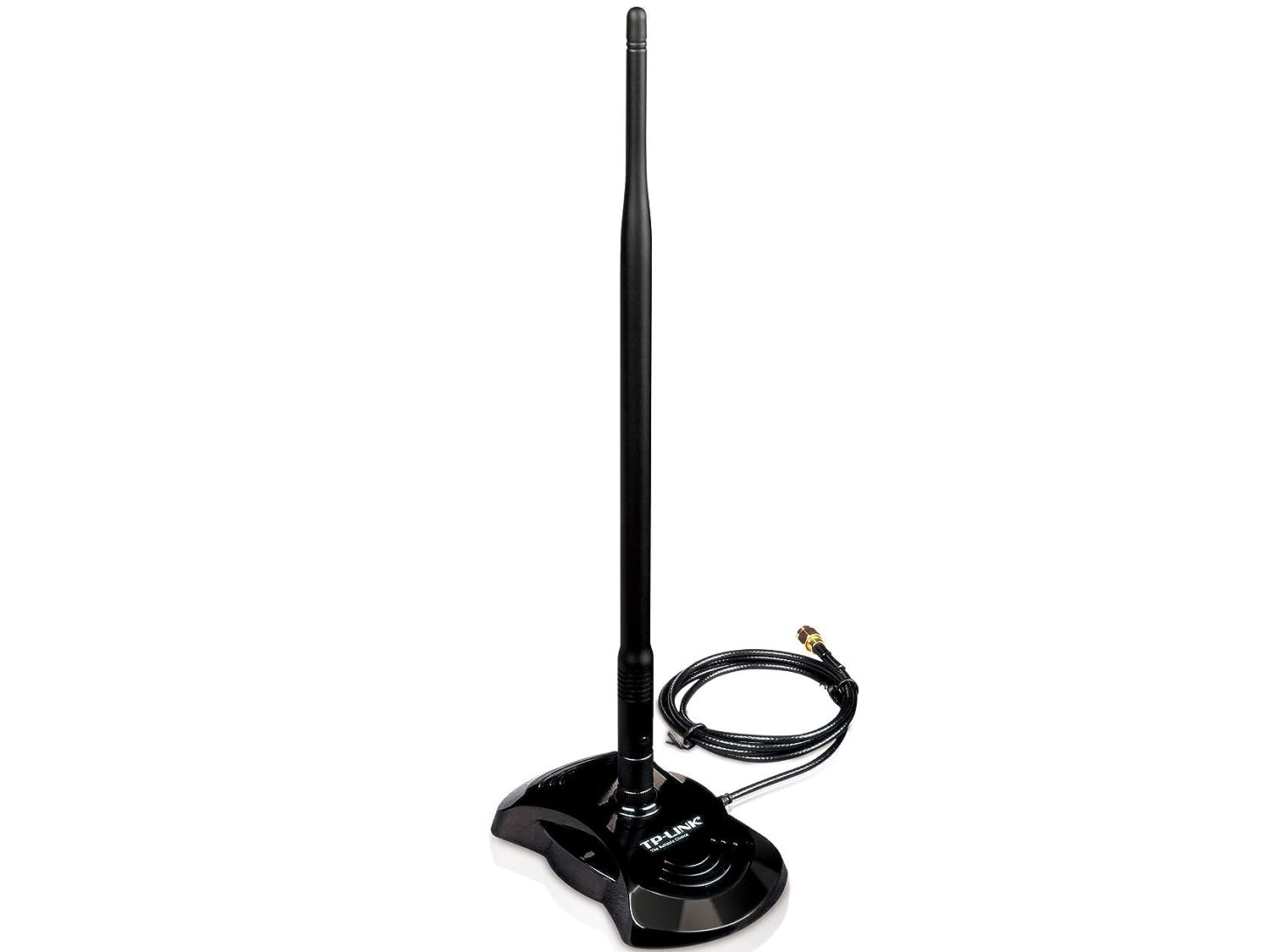 Note that when choosing an antenna you need to know what band of WiFi your using (2.4GHz or 5GHz, etc.) and if your WiFi device will drive them OK. You can burn out the transmitter with a bad antenna.

WiFi "extenders" aren't really extenders so much as repeaters (which is probably a semantic radio thing - the end result appears to be the same), and depending on how they're built, can noticeably reduce your available bandwidth over the WiFi, which is not something most people want. These types are WiFi-only. There's another type that you connect to the wired network and these do NOT make your WiFi slower, but they require there to be a wired network connection at the position of the extender. This sometimes confuses people because if there's wired network, then why do you need wireless? Well, most laptops these days don't have Ethernet ports anymore - that's why.

Anywhoo, long story short, this may not be a simple fix.

Must be doable as our Wifi reaches our shed 100metres away, but I have no idea how

R Taft said:
Must be doable as our Wifi reaches our shed 100metres away, but I have no idea how
Click to expand...

WiFi is nothing more than networking over a radio. If you've ever played with walkie talkies, then you know that sometimes things can interfere with them working well. Hell, sometimes your cell phone doesn't' have coverage which is kind of the same thing. It's the same with WiFi, only WiFi operates at a different frequency so the things that can interfere with it are different. In the right circumstance with the right antennas, WiFi can travel for miles. In Manhattan with all the interference and competing signals, you'll be lucky to cover a single floor in a building.
You must log in or register to reply here.
Share:
Facebook Twitter Reddit Pinterest Tumblr WhatsApp Email Link
Top