Okay, so Germany has officially joined the U.S. and there is a heatwave moving through. Tsunami and Typhoon are not happy. We've got fans blowing and a little tiny a/c unit trying to cool off one room in this house. It's not working. We've been spending the past couple of weeks searching the internet and asking the neighbors to find lakes to take the dogs and kids swimming. We went to the Bostalsee last weekend but the dogs were not allowed in the swimming area. So we'll take them to a different part of the lake another time. This weekend we stayed a little closer to home and went to a lake in Kindsbach (a town about 15 minutes from the house). They had a nice size lake for "humans" to swim...but no puppers allowed. But the locals were kind enough to inform us that there was a "dogs" only lake just a little hike away. So off we went.

This is for all you newfie parents out there that think their newfs wont swim!!! Tsunami actually went swimming for the 1st time at a little over 2 years old. He always would go into the water, but only to where he could touch bottom. Today was the day. He chased after sticks and of course he had a favorite dog breed show up to protect. Sorry if there are too many pictures, but there were too many to chose from. The rest are on my facebook page. 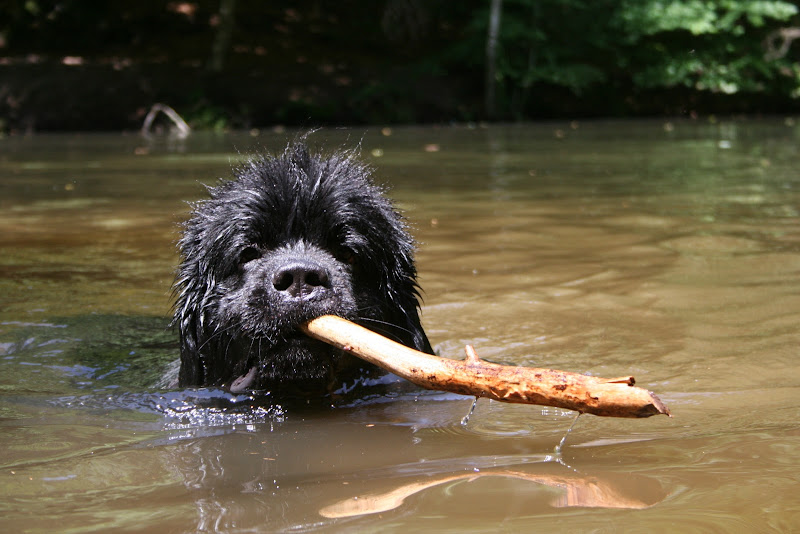 Typhoon is the stick king! 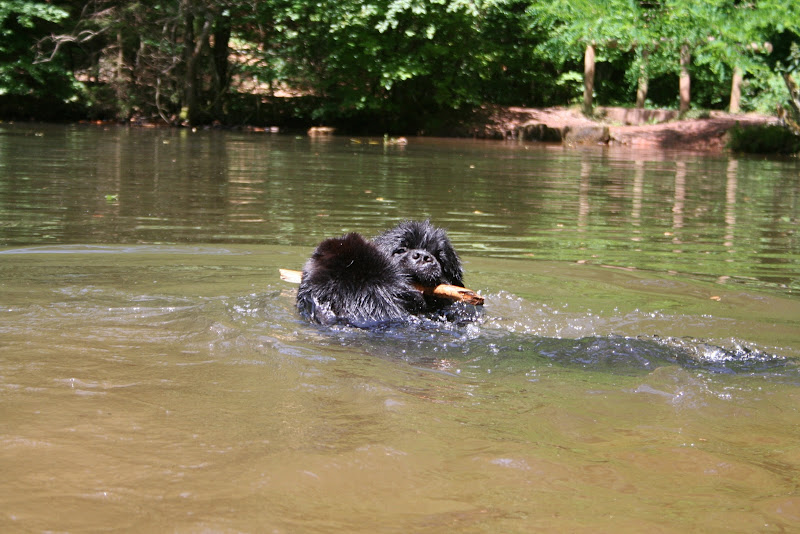 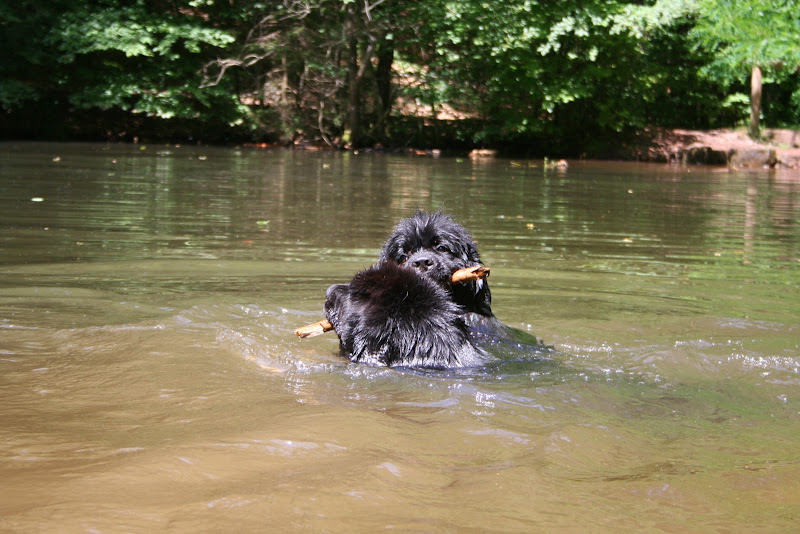 You can try Tsunami, but you won't win. 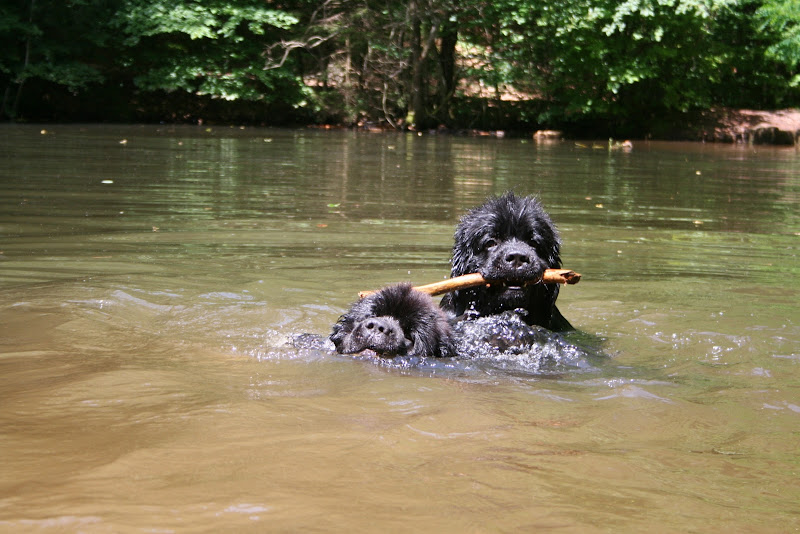 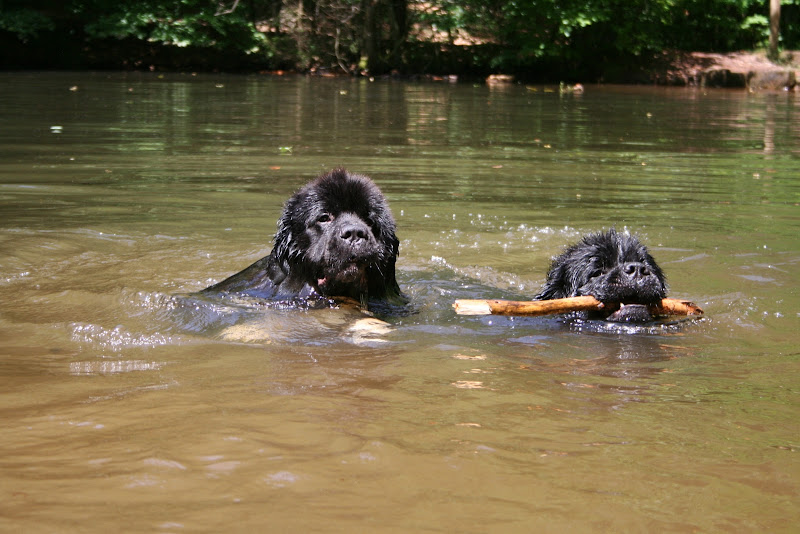 Hey NOW, that's not fair, it's my first time. Give me a break Typhoon. 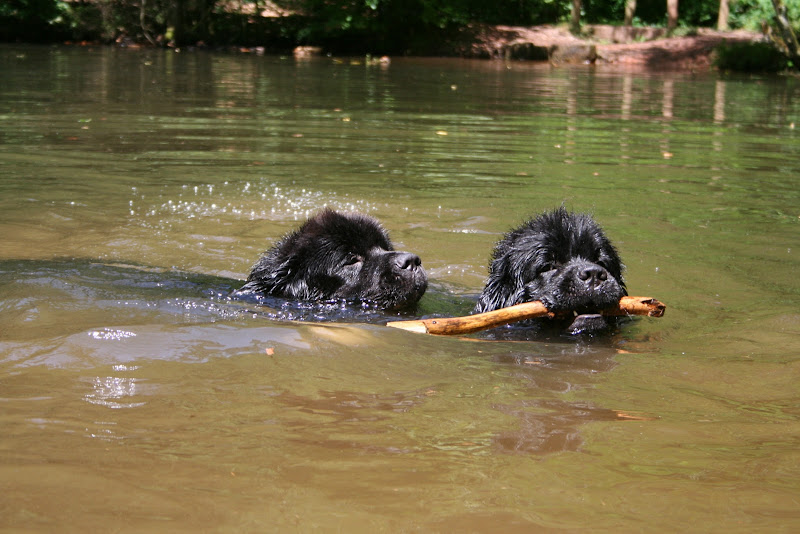 I can still chase you down. 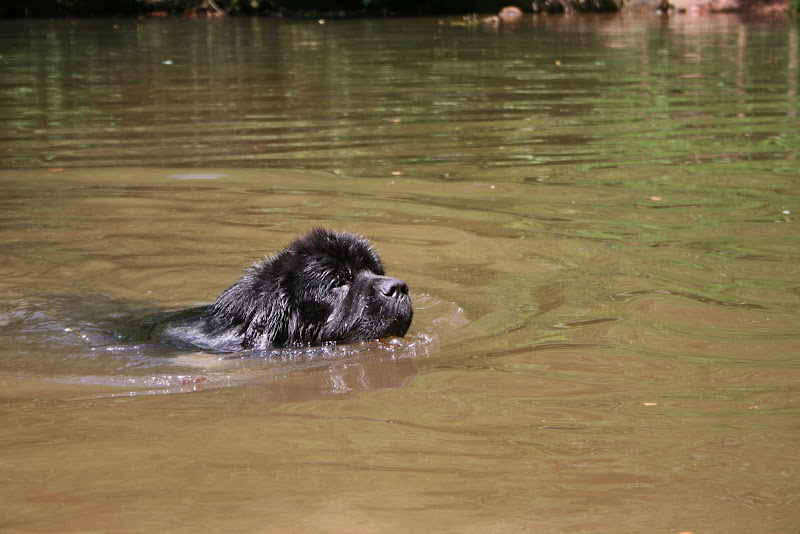 Just enjoying the feel of this. 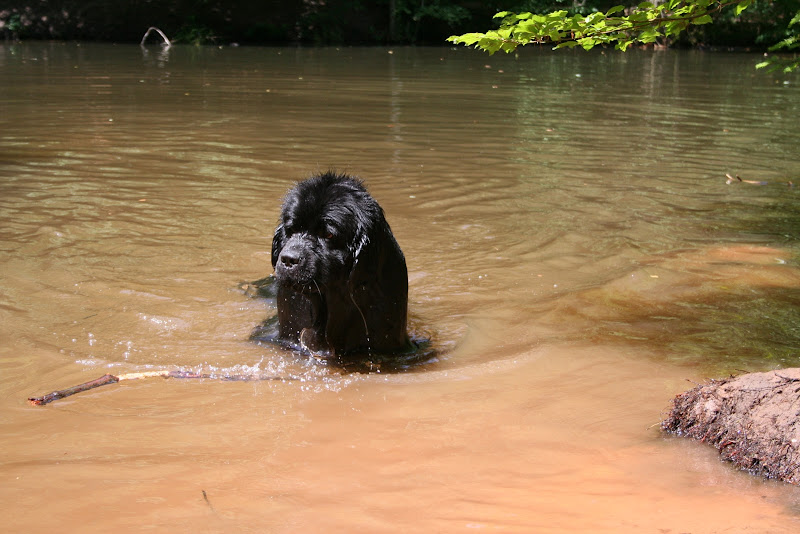 Would someone please throw this stick! I certainly can not. 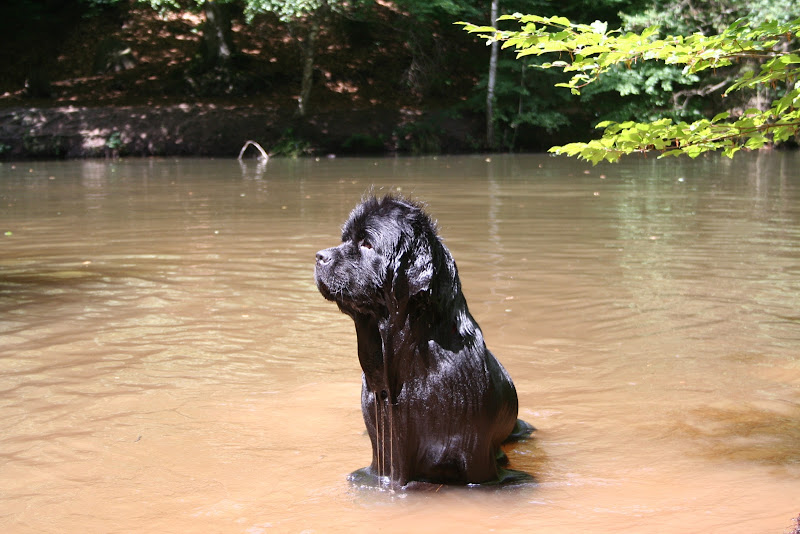 Every time Typhoon would exit the little pond he would take half of it with him. 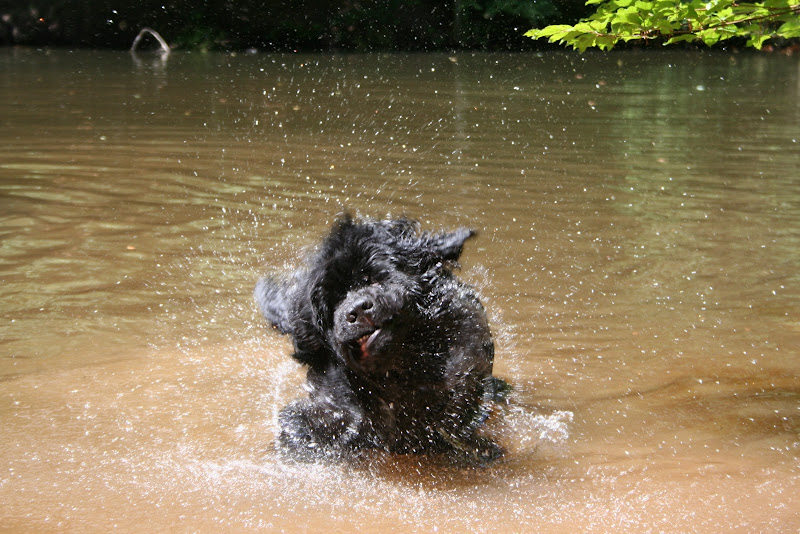 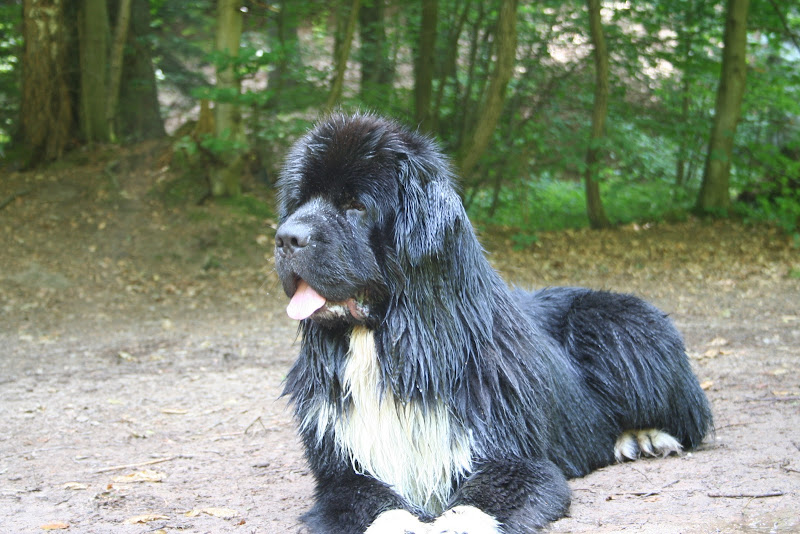 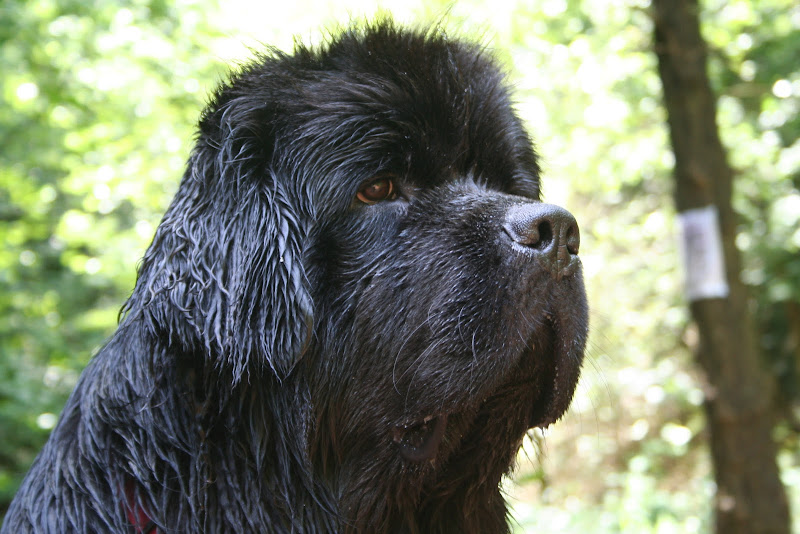 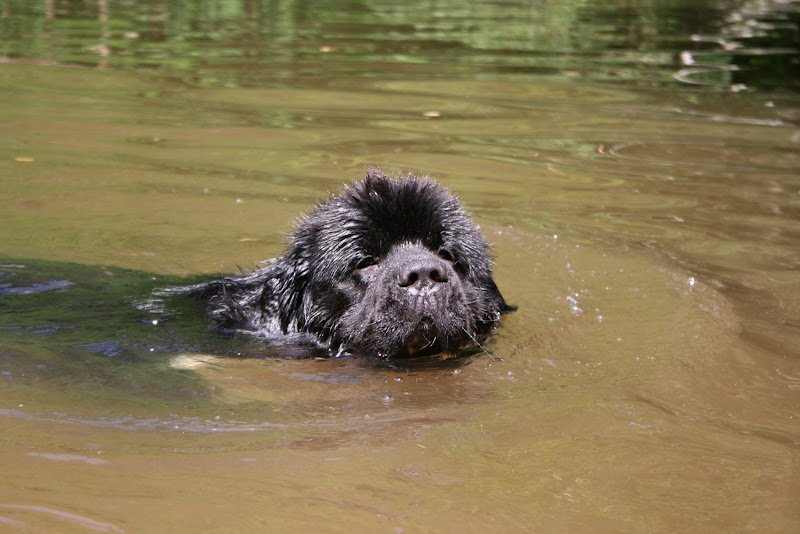 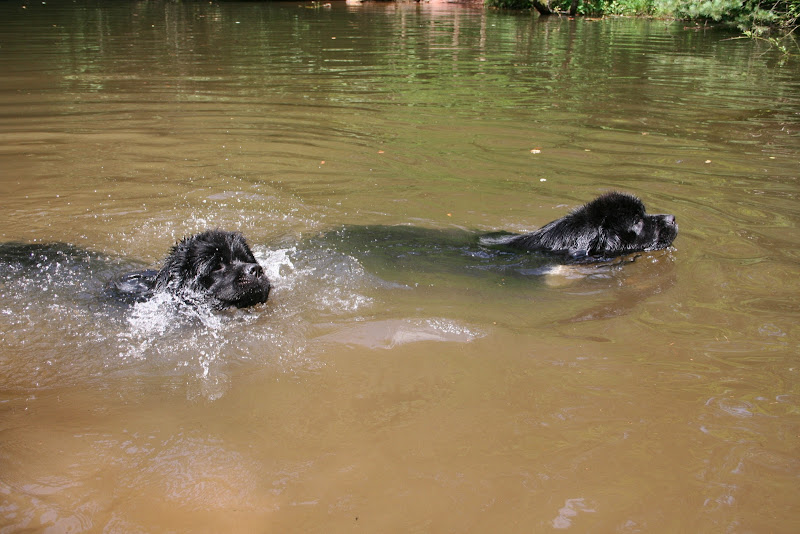 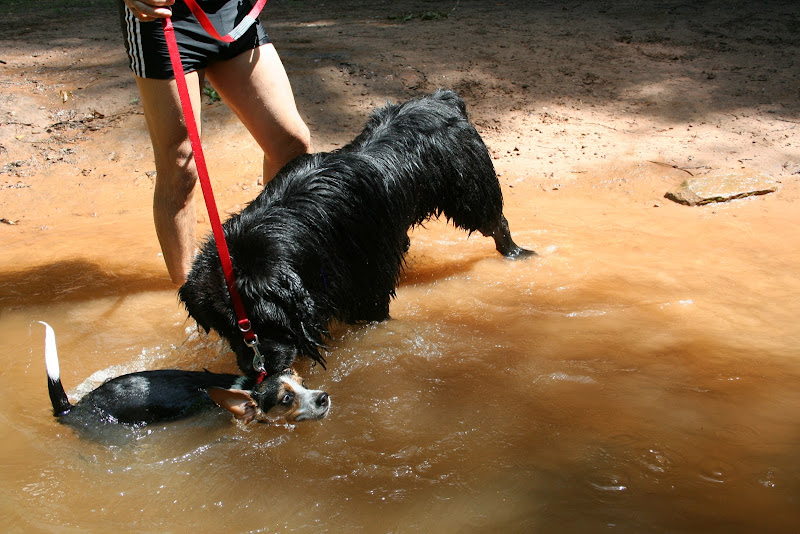 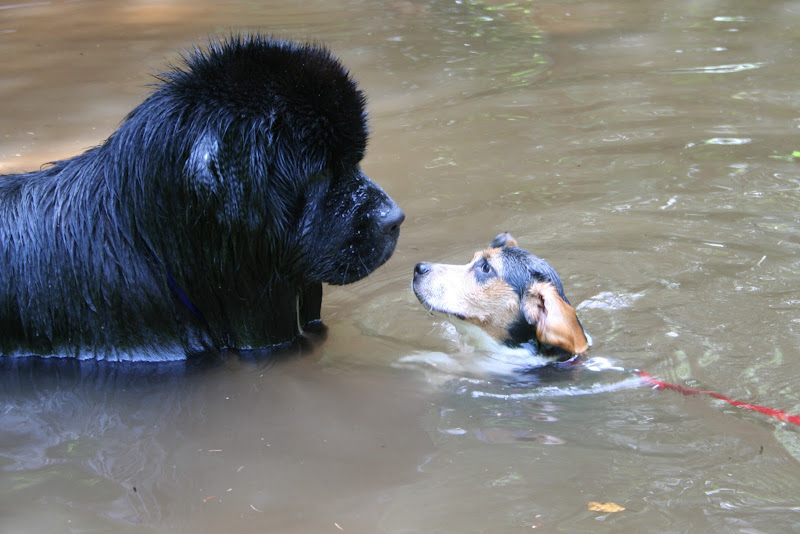 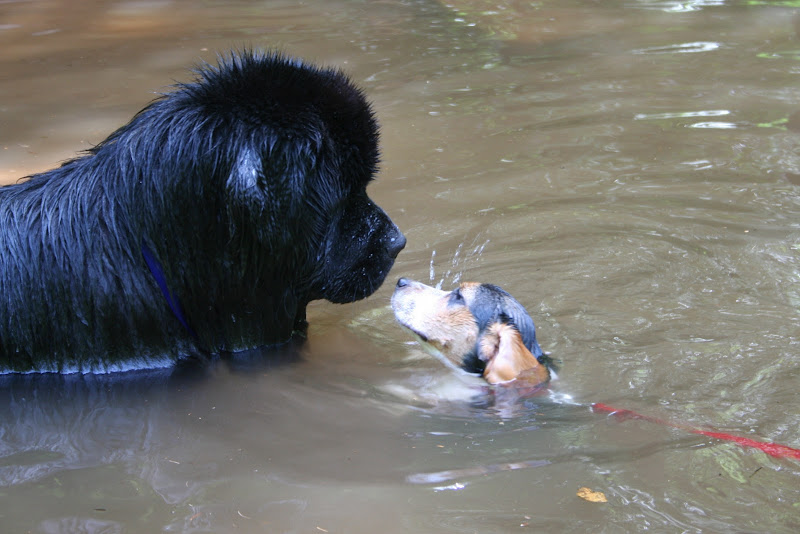 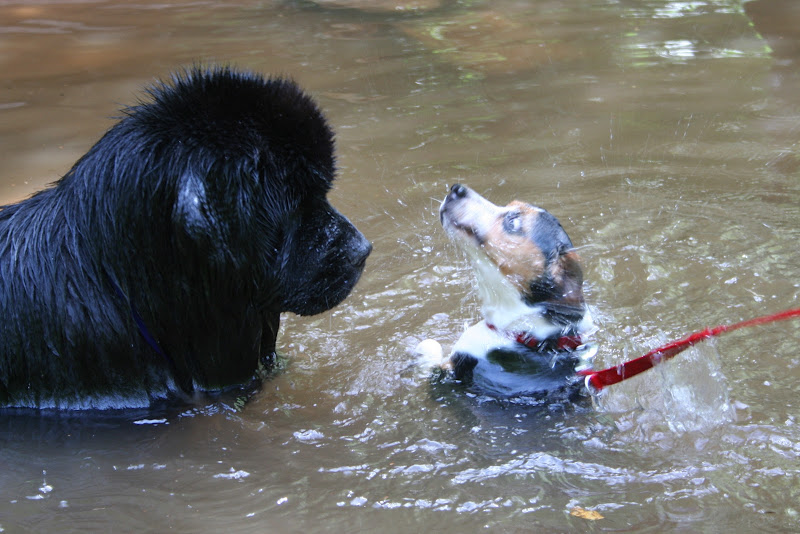 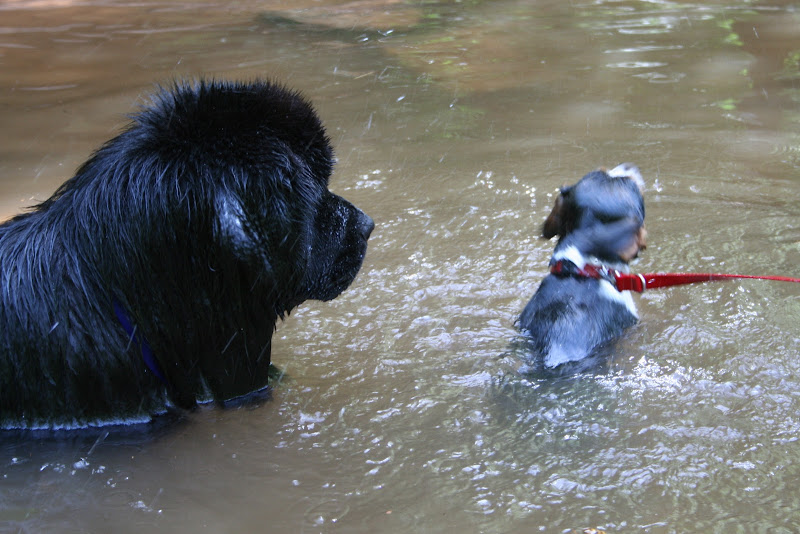 Hey, where you going? I took a bath. I smell good. 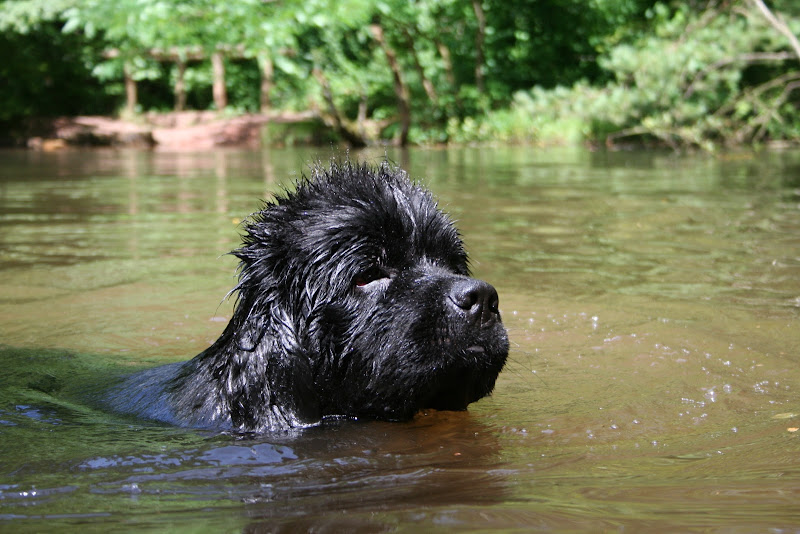 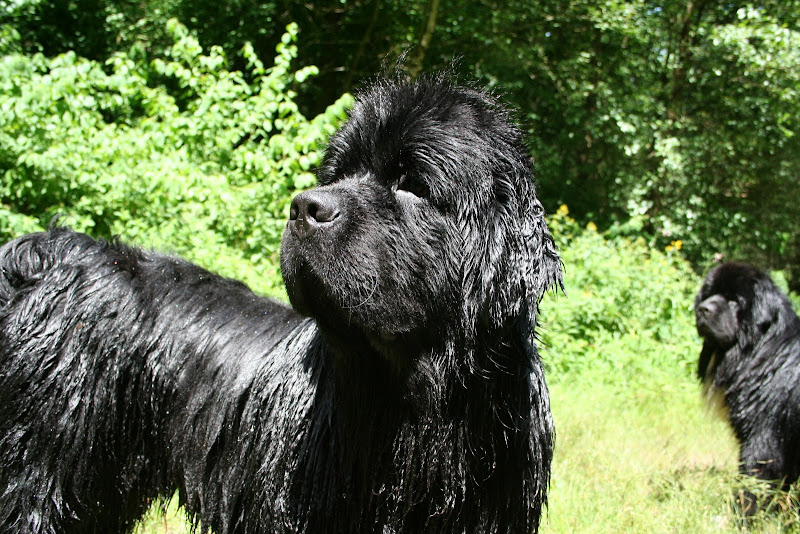 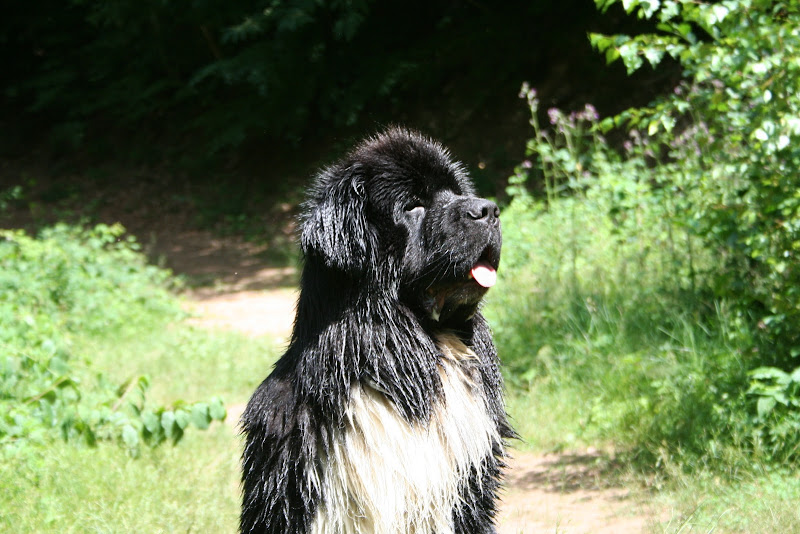 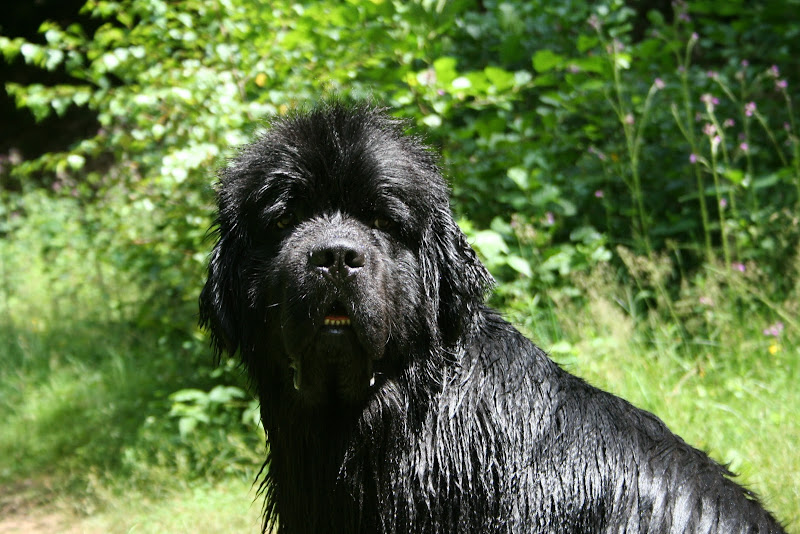 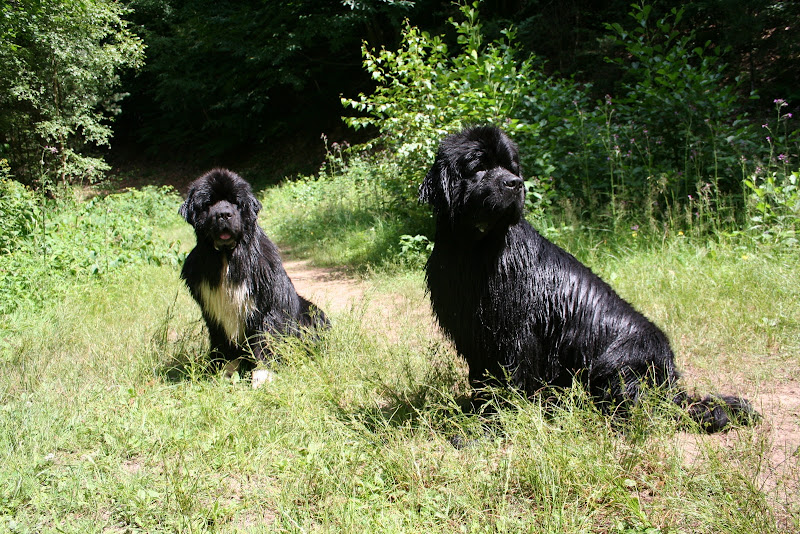 They are so handsome. Glad you found a cooling off spot

They look like fabulous giant otters! LOL Congrats on Tsunami swimming! What do you think finally made him take the plunge?

All the photos are wonderful, and your boys look like they had a blast... but these are by far my favourite photos and captions... almost made me snort my coffee through my nose... :coffeedrink:

It looks like they had a blast! I love the greeting with the beagle!

Great pictures! It looks they had so much fun!

Water babies and loving it.

Great Pics, Love the Beagle! What a Hoot!

What great shots! Those with the Beagle are priceless! LOL

Hope your heat wave passes faster than ours has. Or you might need another AC unit!

Looks like they found a water hole to cool off in.
Great shots!!

I always love seeing pictures of your boys! Soo handsome!!

Never too many pics of these beautiful boys! How great to have a lake spot just for dogs, my pups are so jealous!

Cascadians said:
They look like fabulous giant otters! LOL Congrats on Tsunami swimming! What do you think finally made him take the plunge?
Click to expand...

Not sure what made him actually start to swim. I did kind of drag him out a little further to encourage him. But after a couple times of doing that, he did it all on his own. He never was afraid of the water, just hesitant in going deeper than where his feet could touch. Now Typhoon....he is just an OTTER. Its almost impossible to get him out of the water. It amazes me the difference in the breeding lines.

Those are wonderful pictures. I always enjoy seeing the fun things you do with your two boys. So glad your perseverance in finding a watering hole suitable for newfies paid off!!!! They look wonderful in the water!